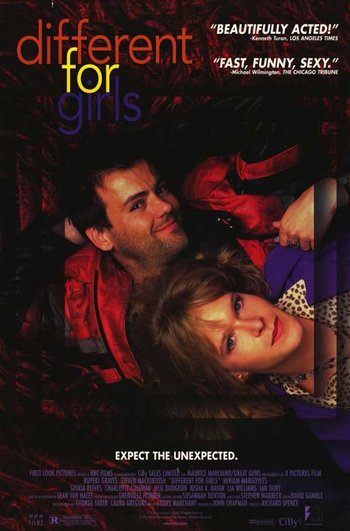 Different For Girls is a 1996 comedy film starring Rupert Graves (Sherlock, Maurice) as Paul Prentice and Steven Mackintosh as Kim Foyle, two classmates who have a chance run-in years after leaving school.

Different For Girls provides examples of: