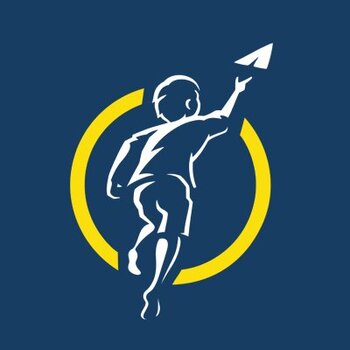 They are most famous for their benchmark work in 2D puppet-rigged animation using the abovementioned software, and their animation on many shows has earned widespread acclaim for rivalling or even outstripping the quality that traditional hand-drawn animation can achieve. In particular, they are well-known for their award-winning work on shows created by Disney Television Animation, beginning in 2010 with Kick Buttowski: Suburban Daredevil and later going on to include the likes of Wander over Yonder, The Lion Guard, The Ghost and Molly McGee, Star vs. the Forces of Evil, Tangled: The Series, Mickey Mouse (2013), and Jake And The Neverland Pirates. They're also pretty popular with Netflix's animation division, with Centaurworld and Kid Cosmic counting among their work for the streaming service's animation studio.

They have also done a lot of equally groundbreaking work on domestically-produced cartoons for various Canadian studios, such as Shaftesbury Films' Mischief City (one of the first cartoons entirely done in one studio using the beta version of Toon Boom), Studio B Productions' D'Myna Leagues (one of the first cartoons to integrate 3D locations into a 2D series), Breakthrough Entertainment's Jimmy Two-Shoes, and Cookie Jar Entertainment's 2005 reboot of Gerald McBoing-Boing. They've also produced a few of their own original series, such as Toot & Puddle (their first one and the first show to use the advanced builds and rigging techniques now common to shows done in Flash and Toon Boom animation), Atomic Puppet, Hilda (both European co-productions), and the If You Give a Mouse a Cookie TV series — all of which are also partly excuses for Mercury Filmworks to show off their ability to create quality animation sequences.

Mercury Filmworks has also animated many films, both shorts and feature-length movies. Among their more notable works in this area, including their own series of original animated shorts and a celebratory animated short made specially for Canada's 150th anniversary

. They also did the animated sequences for the Mickey & Minnie's Runaway Railway ride at the Walt Disney World Resort in Florida!

The studio is based in Ottawa, the capital of Canada, but was originally established in Vancouver, where they did a lot of their early work, particularly on shows by Studio B Productions (such as Class of the Titans and Yvon of the Yukon). In fact, the Ottawa headquarters actually started off as an auxiliary studio opened in 2000 by the original Vancouver studio and it was originally based in Toronto until relocating in 2004. They also have a business division in Lighthouse Studios, an Irish animation studio that they co-own with Ireland's equally acclaimed Cartoon Saloon and best known for animating Netflix's The Cuphead Show!.