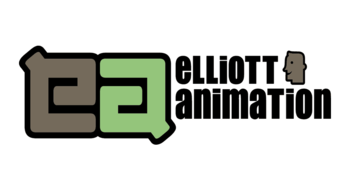 Elliott Animation Inc. (established in 2000 by George Elliott) is a Canadian-based animation studio specializing in Adobe Flash and 3D animation. The studio is the sister company of Fresh TV (with Fresh TV founders Jennifer Pertsch and Tom McGillis being among the studio's leaders) and has done the animation for all their animated series. They are also known for animating Yin Yang Yo!, as well as some of the later works of Butch Hartman.