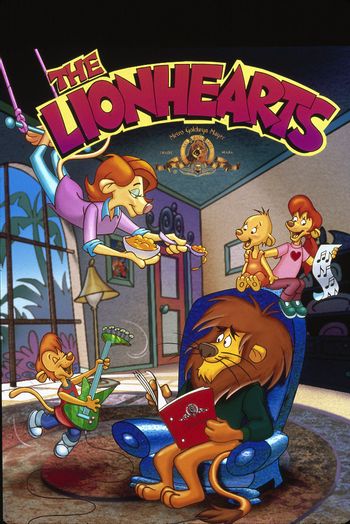 A cartoon created by Metro-Goldwyn-Mayer for First-Run Syndication in 1998. It starred an animated version of MGM's lion mascot, Leo (voiced by William H. Macy), with a wife named Lana (Peri Gilpin), and kids named Kate, Spencer and Judy. The show lasted for 13 episodes.

The whole series was available on Hulu until 2014, and can be currently found on YouTube.