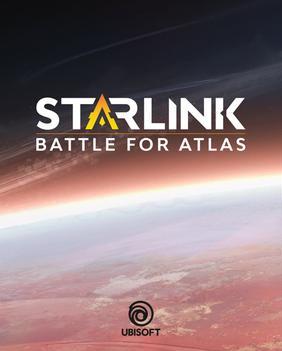 After encountering an alien who crash-landed on Earth, astrophysicist Victor St. Grand befriended the creature and put together a secret task-force called the "Starlink Initiative" to explore the Atlas star system from which the alien originated. One day, while the group was searching for new information about the Wardens, they are attacked by a group called the Forgotten Legion, and St. Grand is kidnapped for his knowledge of the ancient race's technology. It is now up to your crew to not only save the captain, but also stop the Legion from uncovering the ancient civilization's lost technology and using it to conquer the galaxy.

Announced during E3 2017, Starlink: Battle for Atlas is a third-person action adventure game developed by Ubisoft Toronto for the Nintendo Switch, Playstation 4, and Xbox One and released on October 16, 2018. A PC port for the game was released six months later on April 30, 2019. The game allows the player to freely customize various aspects of their ships for land and space combat, as well as make use of different pilots for special effects such as slowing down time. Players can also seamlessly travel across the star system, visiting its various planets and making alliances with other alien races. Starlink features an optional "Toys to Life" component, with ship parts being available for purchase as either physical real-world figures or digital in-game items, with the former allowing for instantaneous swapping of ship parts during gameplay.

The game is notable for the Nintendo Switch version doubling as a crossover with Nintendo's Star Fox, wherein Fox McCloud and company are in Atlas searching for the whereabouts of Wolf O'Donnell before deciding to help the Starlink Initiative on their quest as well. This version of the game has Fox as a playable character with his own exclusive set of missions regarding the hunt for Wolf. In Spring 2019, that version got another update, now allowing the player to use Falco, Slippy, and Peppy as available pilots, in addition to an all new scenario involving the other members of Star Wolf: Leon, Andrew, and Pigma.

You can watch the 2017 E3 reveal trailer here