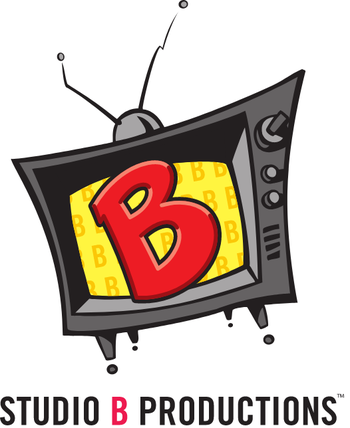 Studio B Productions was a Canadian animation studio founded in 1988 in Vancouver, British Columbia by Blair Peters and Chris Bartleman.

Studio B Productions are known for their work animating many American and Canadian series (both traditionally animated shows and ones animated in Adobe Flash), with their best known work being on the phenomenally popular My Little Pony: Friendship Is Magic. However, they have also made their own original series, most of which were first created for Canadian kids' networks like Teletoon and YTV. Their very first works in this area were Teletoon's What About Mimi? and CTV's D'Myna Leagues, but their breakout hit proved to be their third original show, YTV's Yvon of the Yukon. They also frequently do co-productions with other companies, notably Nelvana, whom they made Teletoon's Class of the Titans and YTV's Being Ian with.

Studio B Productions was acquired by WildBrain (then known as DHX Media) in 2007 and then became a subsidiary of the company in 2010 before being renamed DHX Media (Vancouver Prod) Ltd in 2011 (much like its fellow Vancouver-based animation studio and present office-sharer Nerd Corps Entertainment).

Studio B Productions has worked on the following series: