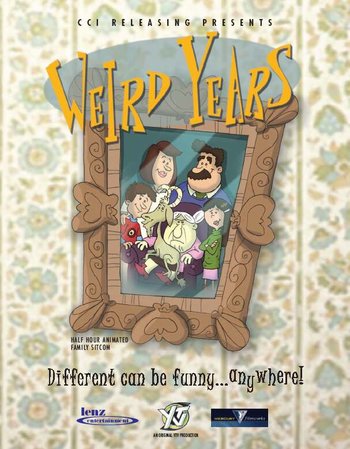 Weird Years was a Canadian series that originally aired in 2006 on YTV. The show follows the Dorkovitch family, who have immigrated from the ficitional country of Kryobia to North America and their misadventures. The family includes Donko, the eccentric plumber and father. His wife Magda, the deli butcher and mother of twins Ivan and Nadia. His ancient mother Zozo, and finally, the pet goat Rasputin.

The series was cancelled shortly afterward in 2007, with a total of 27 episodes released. The series had never been released on home video, but it can be viewed on Youtube.