Western Animation / Will and Dewitt 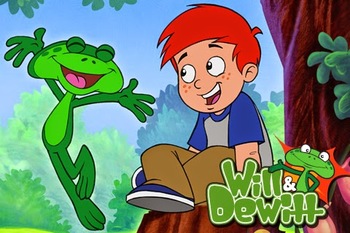 Will and Dewitt is a Canadian Flash animated cartoon that aired on Kids' WB! and YTV between 2007 and 2009. Will is a 6-year-old boy who wants to try everything, and his best friend, Dewitt the frog, is always willing to assist him with his goals.

The show only produced one season, but aired in the United States for three years.

They're the world's best snack... and that's kinda weird.

They're the world's best snack... and that's kinda weird.