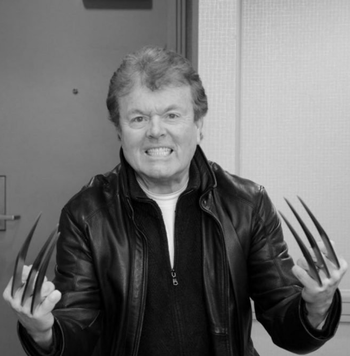 Cathal J. Dodd (born on November 23, 1956 in Dublin, Ireland), also known as his stage name Cal Dodd, is an Irish-Canadian voice actor and singer who is best known for his portrayal of the Marvel Comics character Wolverine in X-Men: The Animated Series as well as the Marvel vs. Capcom series of video games and Slappy the Dummy in Goosebumps.