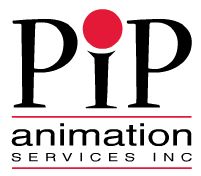 Since the early first decade of the 2000s, PiP has become one of the leading Adobe Flash studios in Canada. Not only that, but they're also a traditional animation studio, one of the few relatively healthy ones in North America.