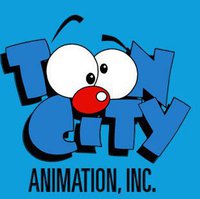 One of the more popular Asian animation studios, Toon City

The studio was created in 1993 by Colin Baker, at first having only around 10 animators. Its employment has since multiplied.

As with South Korean studio Sunwoo Entertainment, Toon City's first client was Disney, which hired Toon City to work on Bonkers. Not only have they worked on a large amount of Disney cartoons since, but they've also gotten several other clients, including Universal (for Curious George), Warner Bros. (for Tom and Jerry Tales and The Looney Tunes Show), and even Nickelodeon (for The Mighty B!).

In its earlier years, Toon City was often listed with Moving Images International.

Shows and films worked on by Toon City: