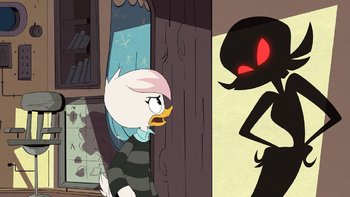 I am sorry if I don't want to be killed by a money shark!

The kids and Launchpad work together to capture a mystical money shark while Scrooge attempts to better his public image with a televised interview.