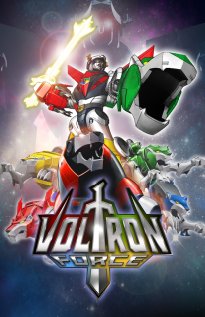 A pseudo-Sequel Series to the original 1984 Defender of the Universe story, Voltron Force aired on the Nicktoons Network from June 2011 to April 2012.
Advertisement:

After defeating the evil King Lotor years prior, the Voltron Lions went berserk during a celebration, killing none but terrifying all, and leading to their decommissioning as part of the Galactic Military. But when an exiled occult scientist finds a way to revive Lotor, the Lions are needed once again.

The Voltron Force, including a trio of new cadets, journey to new worlds, find new powers, and uncover ancient secrets in their newest battle to save the universe!

Take a look at the Character Sheet!