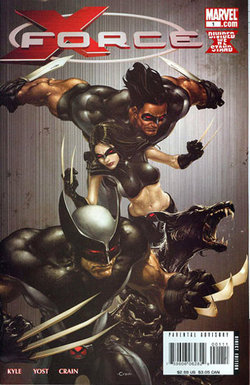 "Ladies and Gentlemen! ...oh, and Helga. Welcome to... THE Q-FORCE!"
— Captain Qwark, Ratchet & Clank: Up Your Arsenal
Advertisement:

Basically slapping "Force" at the end of a team name, just for Rule of Cool. Probably because certain Real Life organizations used "force" in their names, so you want your team to seem just as strong.

To fit this trope, "Force" has to be at the end of the team name, and it has to be a team explicitly calling themselves that just to seem cool.

Not to be confused with the forces of physics. Or with The Force.