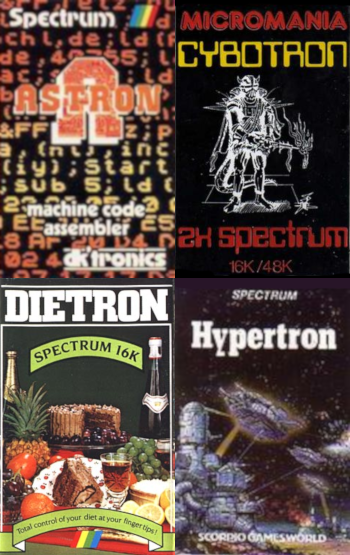 "Tron" is Greek for a form of instrument (such as the "Metatron" from mythology was an instrument of God). These days, it's used as a suffix for advanced electronic technology in general, because of that Latin word "Electron" as well as the trope Tron Lines.

But this trope is about how in fiction, it's used as a suffix just for Rule of Cool. Sometimes it's a name, sometimes it's a device that doesn't really fit the suffix, but it's called that anyway.

Compare Thing-O-Matic, The Something Force, Law of Alien Names and Xtreme Kool Letterz. See also Advanced Tech 2000, where an object's name is suffixed with a large number to make it sound impressive (and is sometimes used with this trope to make the name even more outlandish).