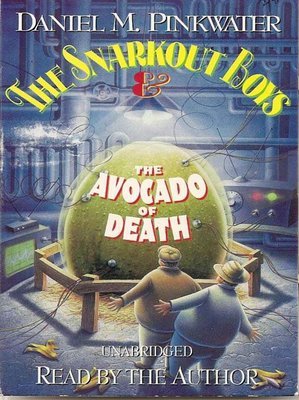 The Snarkout Boys books is a series of two books, The Snarkout Boys and the Avocado of Death and The Snarkout Boys and the Baconburg Horror by Daniel Pinkwater. Fourteen-year-old Walter Galt, The Narrator, and his friend Winston Bongo have an unusual hobby: sneaking out of the house in the middle of the night to go watch a movie at the 24-hour Snark St. Theater, a practice they call "Snarking Out". In the course of these adventures, they befriend a punk girl named Rat and get recruited by the world's greatest detective to fight werewolves, aliens, and a criminal mastermind.

The books take place in the city of Baconburg, a fictionalized version of Chicago. Many of the recurring places in the books have analogues to real-life locations from 1950's Chicago, including the Snark St. Theater itself.