Literature / Hungry as a Wolf 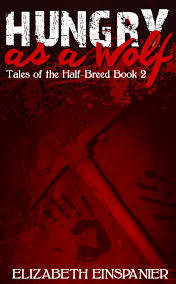 Wolf Cowrie is back in his second adventure!

After the events of Sheep's Clothing, Wolf finds himself recruited by the governor of a mining town in the Nebraska Territory to find out what has happened to the mine on which the town depends for its livelihood. Wolf is about to discover the terrifying effects of a curse that causes the dead to rise, hungering for human flesh, thanks to the influence of a wendigo—as well as the healing power of love in the wake of Kimimela's death.

Hungry as a Wolf contains examples of: