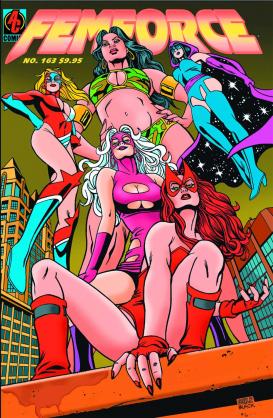 Femforce is a comic book published by AC Comics that began publication in 1985, detailing the adventures of the eponymous team: the "Federal Emergency Missions Force" or "Femforce". Some of them were original creations, while others originated in the 1940s and '50s, lapsing into public domain by the time Femforce was published. The team are, as their name implies, all female superheroes, and are the first and the longest-running all-women 'super-team'.