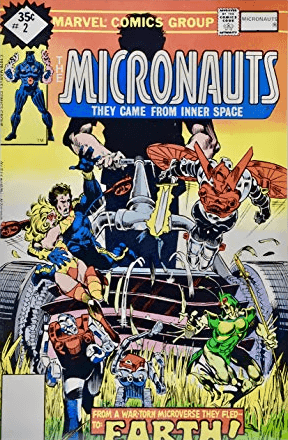 The advent of hot-air balloons allowed the first human beings to fulfill the ancient dream of venturing into the sky. The operators of these craft came to be known as "aeronauts", from Greek words meaning "air sailor", since the process was like to that of crewing a ship. But once airplanes came along and airships lost favor, the title of "pilot" became prominent and aeronauts were largely forgotten.

Then, in the 1960s, humans venturing into the new frontier of space created a new category of explorer. These came to be known as astronauts, "star sailors", which is fitting because Space Is an Ocean in the public mind. Russian spacefarers were given the separate name of cosmonauts ("universe sailor") to distinguish them during the heavy rivalry of early space exploration. As a result of these names, the suffix "naut" has become associated with space and scientific endeavor.

Those of us on the ground have long admired astronauts, who undertake tremendous risk in the performance of their job, spend weeks or months in an inhospitable environment, and have a sense of international camaraderie unknown to almost any other pursuit. As such, the "nauts" suffix has been used for fictional organizations, especially of a scientific, exploratory, or paramilitary nature (because most astronauts are inducted from the military due to similar skills being required), and to indicate that these groups are heroic and elite. While the specifics vary considerably, especially along the continuum of military vs. scientific purpose, the connotations are almost always positive.

The usage follows a specific format- a non-hyphenated compound word, which may or may not be capitalized, in which the first part has two syllables: somethingnauts. However, the trope title is Wiki Worded for clarity.

Compare Ranger. Not to be confused with The Juggernaut.