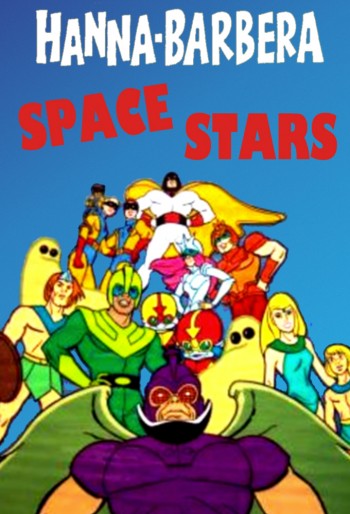 Hanna-Barbera produced this hourlong Animated Anthology for NBC in the early 1980s. Along with new adventures for Space Ghost and The Herculoids, Space Stars featured two new segments:
Advertisement:

Every episode comprised two segments with Space Ghost, one each with the Herculoids, Teen Force and Space Mutts, and a "Space Stars Finale" Crossover at the end.

Years after its original Saturday morning run on NBC, the Space Ghost and Herculoids segments became a long-running staple of the USA Cartoon Express., and later a frequent part of Cartoon Network's initial attempts at an action cartoon block.