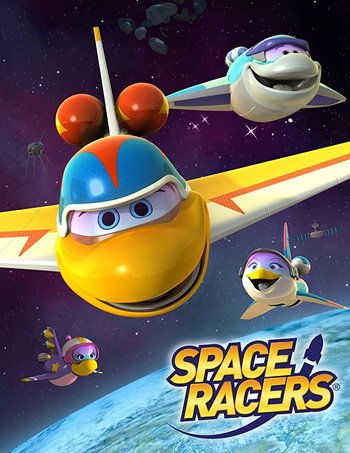 Space Racers is a CGI show for young children about a group of young, personified spacecraft - Eagle, Hawk, Raven, Robyn, and Starling - who are all cadets at Stardust Bay Space Academy. Each episode sees the young spacecraft learning about and exploring space, with guidance and assistance from Headmaster Crane.

The show debuted on PBS Kids on May 2, 2014 (distributed by American Public Television, which means it can air on select PBS stations as well as non-PBS ones), and was announced in June 2016 to have been picked up for a second season, which premiered on October 31, 2016 on Sprout. Science and technology content is supplied for the series by NASA.