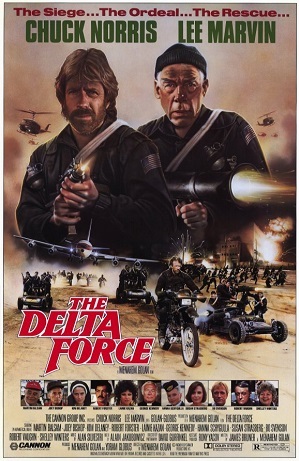 The Delta Force is an action film produced by The Cannon Group in 1986 and directed by Menahem Golan.

After a plane is hijacked by terrorists, the Delta Force lead by Col. Alexander (Lee Marvin in his final film role) and Maj. McCoy (Chuck Norris) are deployed to solve the crisis.

The film got two sequels; Delta Force 2: The Colombian Connection in 1990 and Delta Force 3: The Killing Game in 1991.