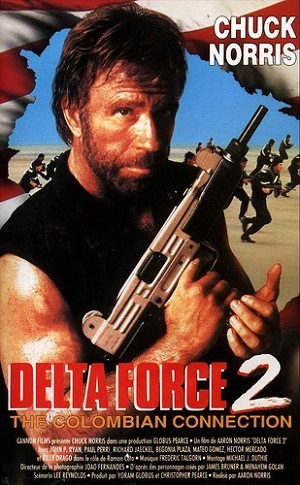 Delta Force 2: The Colombian Connection is the 1990 sequel to The Delta Force.

This time around the Delta Force, which still counts McCoy (Chuck Norris) in its ranks, is deployed to a Banana Republic in South America to take down Ramon Cota, the world's most powerful drug lord, after Cota commits hideous crimes against people close to McCoy.