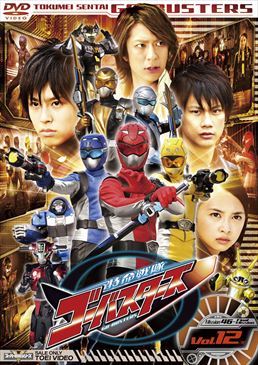 In the year 2012 of the Neo A.D. calendar, urban life is supported by a new, clean energy source known as "Enetron". However, a hostile force codenamed "Vaglass" is attempting to steal that energy for their own dark purposes.

Thirteen years ago, the Vaglass computer virus infected the main computers of the Energy Management Centre that regulates Enetron. The virus quickly raged out of control and gained sentience, becoming a threat to the world itself. With no other option, the researchers sealed the virus away by teleporting the entire facility into hyperspace at the cost of their own lives.

Now in the present, the agents of Vaglass are aiming to siphon enough Enetron to teleport the consciousness known as "Messiah" back into the real world. Opposing their evil plans is the secret special-ops division of the Energy Management Centre, codenamed "Go-Busters".

See also Hikonin Sentai Akibaranger, a parody Super Sentai, and probably, the NSFW counterpart of Go-Busters, that ran early during the same year. Not to be confused with the Paranormal Squadron Ghostbusters, despite what this picture tells you.