A Twinkle in the Sky 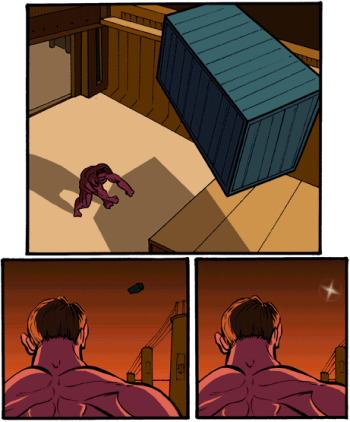 Cargo-Ken Times Four.note  Cargo what?
"Looks like Team Rocket's blasting off agaaaiiiiin...!" *ding*
— Team Rocket, Pokémon: The Series, in almost every episode (and some of the movies)
Advertisement:

Mario being launched away after failing Shy Guys Finish Last is accompanied by a twinkle in the sky.

Mario being launched away after failing Shy Guys Finish Last is accompanied by a twinkle in the sky.