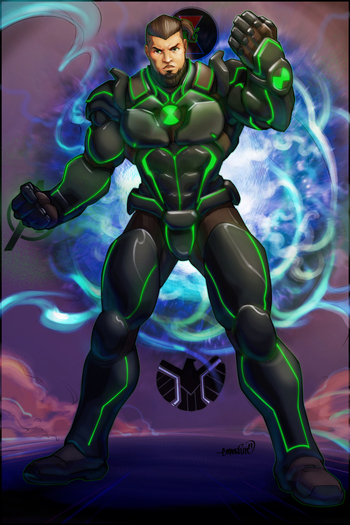 Mahmoud Schahed was just writing fanfiction one evening when a guy named Professor Paradox drops him into New York City, with an Omnitrix on his wrist. He has no idea why he's there, or why the Marvel characters he knows so well are played by famous actors he also knows well, with events having occurred that he has no idea of. Soon after settling down, he receives an alert that Captain America is now a wanted fugitive, and starts seeking them out to save the world, as the shapeshifting hero Dial.

As such, this story is about the Self-Insert and his arsenal of alien species becoming heroes in the MCU.

It has a sequel called Dial: Call Resumed which is ongoing and can be read here

Has a character page that could use some serious love.