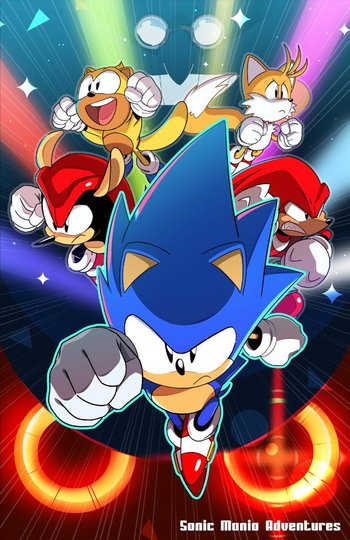 The one where Classic Sonic returns after being lost in another dimension to stop Eggman from recollecting the Chaos Emeralds yet again.

To go along with the release of Sonic Mania Plus, Sonic the Hedgehog received a series of 5-minute shorts animated by Neko Produtions and directed by Tyson Hesse. The original run consists of five of these shorts, with a sixth released later in the year.

Sonic Mania Adventures features the Classic designs for the Sonic characters. It stars Sonic alongside Tails, Knuckles, Mighty, and Ray.

The series can be seen in full here

Compare to the Team Sonic Racing Overdrive shorts which were made by the same team.