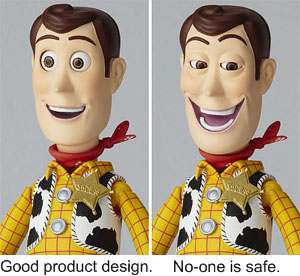 A specific type of Memetic Mutation, like the Memetic Badass but far, far worse for the character's reputation. Maybe the character has a habit of making unsettling facial expressions. It could be that those vibes of suspicion are coming from their preferred choice of company or method of blackmail. Perhaps their name, weaponry, or design is a bit... suggestive of something. For whatever reason, the Fanon hivemind will portray this character as a rapist for the lulz.