Web Video / Ask That Guy with the Glasses 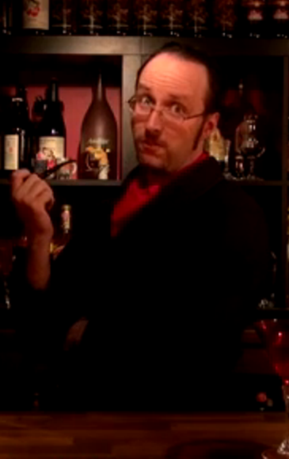 (rises up from behind the counter)

Oh! Namaste. Didn't hear you come in. Greetings, and welcome to the summary page for Ask That Guy With the Glasses.

Ask That Guy is another character played by some nutjob named Doug Walker on the site Channel Awesome. The basic idea is that people send their questions to him, this robe-wearing, pipe-smoking, murderous and perverted nutjob, and he give them answers. Horrifically murderous, depraved, delicious answers.

After a hiatus that lasted months, the final episode aired on December 2, 2014, and declared That Guy gone for good, signaling Channel Awesome's launching of its new site channelawesome.com on the same day.

When adding examples, please state which episode(s) they are from.

Tropes used by Ask That Guy include:

open/close all folders
A-M
N-Z
This has been the TV Tropes page for Ask That Guy With The Glasses, saying there's no such thing as a stupid entry... until you write it.

(winks, smiles, sips drink and sinks behind the counter)