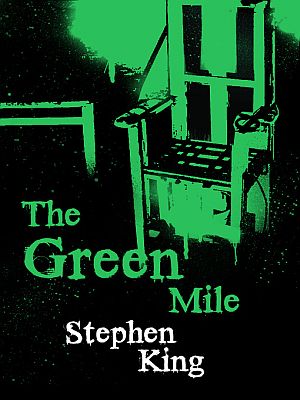 "This happened in 1932, when the state penitentiary was still at Cold Mountain. And the electric chair was there too, of course."
— Paul Edgecombe
Advertisement:

The year is 1932. John Coffey, a Gentle Giant black man, has been condemned to die by the electric chair for the raping and killing of two young girls. What follows is a supernatural journey that not only reveals Coffey's wondrous powers, but proves he didn't do the crime. Sadly he still does the time, but the journey toward Old Sparky changes the compassionate lead guard's life forever.

Eventually made into a movie in 1999, directed by Frank Darabont, who also directed The Shawshank Redemption, and starring Tom Hanks. And like Shawshank, it was an Oscar charmer, if not a winner.