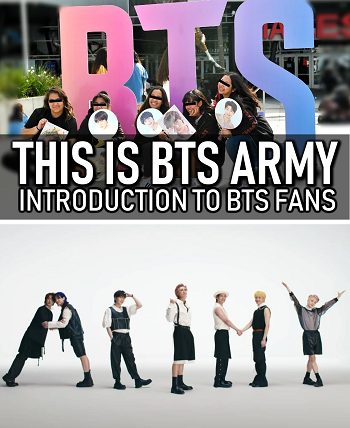 A full-body reference to the fandom name.
Throwaway references in fiction are often going to be important later, or sops to verisimilitude. But some references are thrown in for fun, to reference what the fans are thinking or wondering about, Fan Nicknames, and other aspects that come from the culture that has surrounded the work.
Advertisement:

The more accessible the fanbase, the more widespread this trope, so Webcomics are especially prone. Sometimes, the nod canonizes an idea that came from the fanbase originally, or works an Ascended Meme into the dialogue.