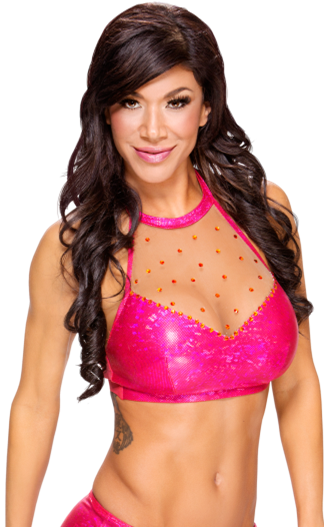 In 2006, Roucka competed in WWE's Diva Search and reached the final eight. After she was eliminated on August, WWE signed her to a developmental contract, and she was assigned to Ohio Valley Wrestling (OVW), WWE's developmental territory. After her stint there ended (and while she was still in Florida Championship Wrestling (FCW), WWE's new developmental territory,) Roucka debuted as Rosa Mendes on Raw in November 2008 as a planted fan, holding signs in which she proclaimed to be WWE Women's Champion Beth Phoenix's number one fan. Eventually she would go on to jump the guardrail and attack Melina, leading Mendes to be hired by Phoenix's boyfriend Santino Marella to be his and Phoenix's "intern."

Her association with Beth Phoenix quietly ended after Mendes was eliminated from a battle royal by Phoenix herself, and Mendes was traded from Raw to the ECW brand, where she began a personal and managerial relationship with Zack Ryder. On the final episode of ECW on February 16, 2010, Ryder and Mendes interfered in the main event match, where Mendes was speared by ECW General Manager Tiffany. Ryder and Mendes then moved to the Raw brand, but on April, Mendes was drafted to the SmackDown brand as part of the Draft, without Ryder. There she would have a more active wrestling career, eventually becoming the manager of WWE Tag Team Champions Primo and Epico.