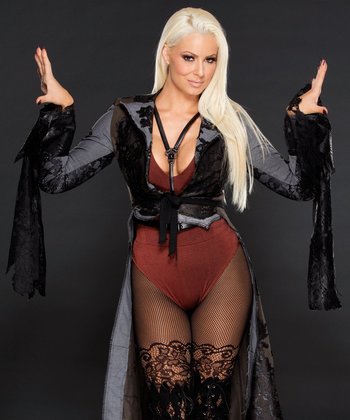 The French Canadian sex symbol.
"If I wasn't Maryse, then I would want to be."
Advertisement:

Maryse Mizanin (born Maryse Ouellet, January 21, 1983) is a French-Canadian professional wrestler and model who formerly worked for the WWE from 2006 to 2011 where she is a two-time Divas Champion. In early 2014, she became the wife of WWE wrestler The Miz. Thus…Mrs…Miz? She returned to the company in early 2016 to help her husband win the Intercontinental Championship.

on her life and career.