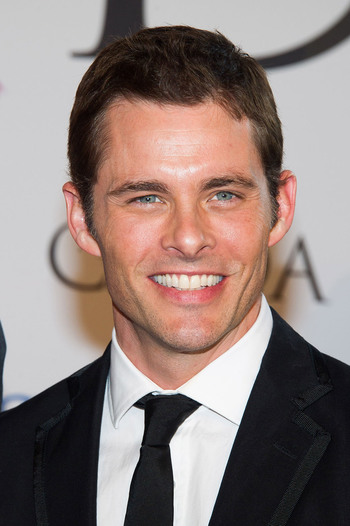 "It's funny that he played Cyclops, a guy who could blast lasers from his eyeballs, and that's the most boring character he's ever played..."
— Spill, Review of Sex Drive
Advertisement:

He is best known for playing Scott Summers in the X-Men Film Series, as well as for his roles in other commercially successful films such as Superman Returns, Hairspray, Enchanted, Hop, and Sonic the Hedgehog. Because he often plays the Romantic False Lead, being married to James Marsden is the number one cause of infidelity in movies.