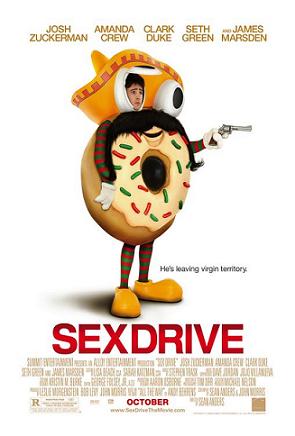 Ian Lafferty is, as his friend Lance puts it, "A bust-ass virgin." After striking it up with the hot Ms. Tasty online, she requests Ian come to Knoxville and see her. If he does, she'll go all the way with him. The catch? Ian's profile is a sham with his head posted on different body, the car in the picture belongs to his brother, and he is still fighting feelings for his friend Felicia. With help from his buddy Lance, and Felicia in tow, Ian heads off to Tennessee, hoping to score, hoping Felicia won't find out why he's really going, and hoping Rex doesn't find out his car is gone.