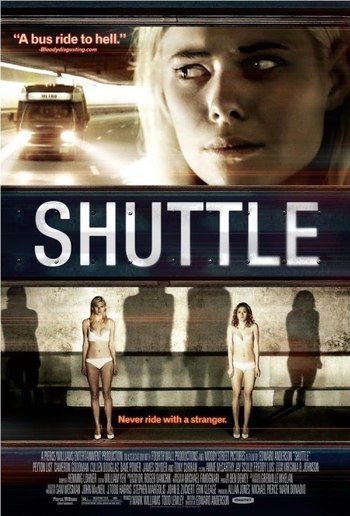 Never ride with a stranger.
Advertisement:

Shuttle is a 2008 Thriller film. Two girls, Mel (Peyton List) and Jules (Cameron Goodman), are returning from a trip to Mexico. After meeting up with two travelers, Seth (James Snyder) and Matt (Dave Power), they board a shuttle from the airport with a driver who doesn't seem to know where he's going. It goes From Bad to Worse from there. Soon, they, as well as Andy, a nervous accountant, are fighting for their life.