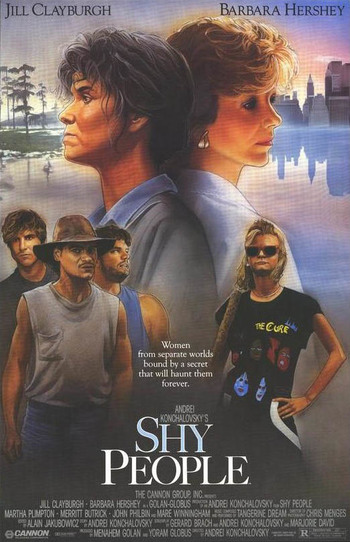 Diana Sullivan (Clayburgh) is a successful Manhattan writer and photojournalist, seemingly oblivious to the serious cocaine addiction that her wild child daughter, Grace (Plimpton), has developed. A commission by Cosmopolitan magazine to write an article about a lost branch of Diana's family leads them deep into the bayous of Louisiana, where they encounter Diana's distant cousin, Ruth (Hershey). Married at 12 to an abusive man whose current whereabouts are an increasingly troubling cipher, Ruth rules over her three adult sons, all less than perfectly cogent, with equal parts protectiveness and ferocity, while a fourth, disowned son adds to the volatility of the situation. As the fascinated Diana and wary Ruth circle one another, Grace, bored and in grip of her addiction, toys with her naïve cousins with devastating consequences.