Stop, or I Shoot Myself! 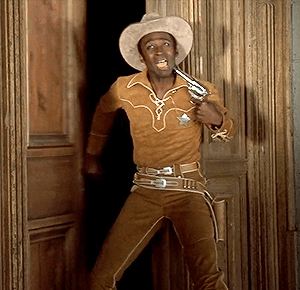 The worst kind of hostage situation.
"Nobody move! I have a hostage. If anyone follows us, I'll kill myself and then her."
— Roy Miller, Knight and Day

There are several reasons why this actually works: