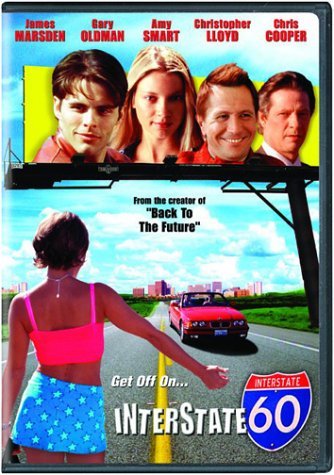 Interstate 60: Episodes of the Road is a 2002 dramedy film and the directorial debut of screenwriter Bob Gale (Back to the Future).

James Marsden stars as Neal Oliver, a young man who struggles with standing up to his father and choosing a life direction. On his 22nd birthday, he's visited by O.W. Grant (Gary Oldman), who grants Neal's wish to "find an answer for his life."

A meaningful road trip ensues, where Neal is exposed to different philosophies and adventures, including a quest to find a beautiful woman (Amy Smart) who has been appearing to Neal in visions.