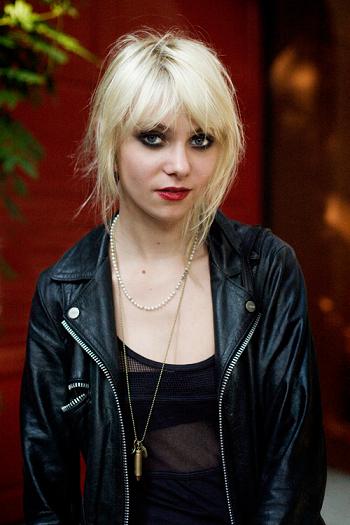 Taylor Momsen (born July 26, 1993 in St. Louis, Missouri) is an American actress, model and singer-songwriter. She is best known for her role as Jenny Humphrey in the CW show Gossip Girl. She began acting in commercials at three years old. Her film debut was as Cindy-Lou Who in the live-action film How the Grinch Stole Christmas!.
Advertisement:

In 2008, Momsen became a professional model, and in 2010, she was chosen as the face of Madonna's "Material Girl" fashion line. She's the lead singer and rhythm guitarist for the band The Pretty Reckless.