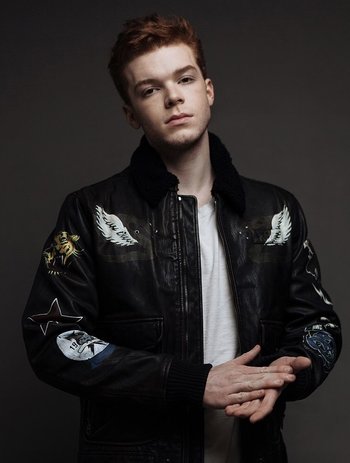 A former child star who played bit parts in film and television, he's perhaps best known for his role as Ian Gallagher in the Showtime series Shameless, as well as for playing Jerome Valeska (a proto-Joker of sorts) in the Batman prequel series Gotham. He would later play the true Joker; aka Jeremiah Valeska, Jerome's twin brother.

He is not related to Dominic Monaghan.