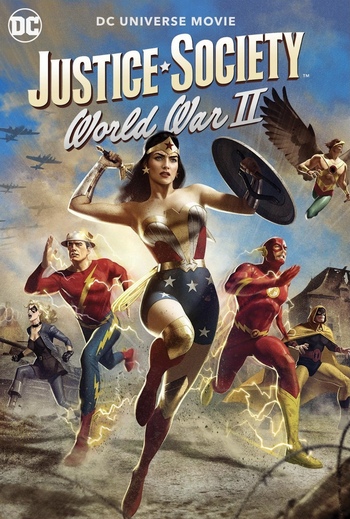 "This is crazy, I've never seen this many heroes working together!"
"Oh, kid, you ain't seen nothing yet."
— The Flash (Barry Allen) and Steve Trevor.
Advertisement:

Justice Society: World War II is an animated movie produced as part of the DC Universe Animated Original Movies and is the second film in the Tomorrowverse. Barry Allen time travels to the 1940s and teams up with the first-ever superhero team, the Justice Society of America, against the forces of Nazi Germany.