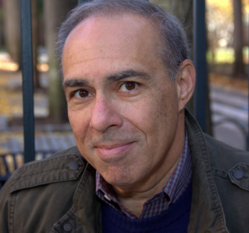 Who is Darin De Paul? Just a man of no consequences~

Darin De Paul (born November 7, 1963) is a voice actor from New York, mostly known for his work in video games. After a handful of roles in games such as Sky Landers and Hearthstone: Heroes of Warcraft, he got quite a bit of attention for his memorable performances as Emperor Valkorion in Star Wars: The Old Republic and Samuel Hayden in DOOM (2016). However, it was his role as Reinhardt in Overwatch that truly shot him to fame and made him a household name for videogame fans. And before you ask - yes, he has indeed darrined people on occasion.

He is mostly known for playing men with deep voices - sometimes smooth, sometimes growling, or perhaps even evil, if you can believe it.

End of page!? Again! AGAAAAIIINN!!!
Without Wiki Magic, it will be worse...I don't expect you to agree.

Vengeance for the de Rolos

No Mercy Percy crosses a name off of The List.

Vengeance for the de Rolos

No Mercy Percy crosses a name off of The List.