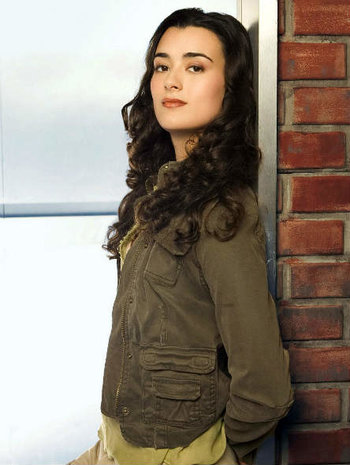 She is well known for her role on NCIS from 2005 to 2013. Her character, Ziva David, was a Mossad/NCIS liaison officer (from Season 3-6) and a full-time NCIS officer until her departure in Season 11, then she was (supposedly) killed offscreen in the Season 13 finale, but then came back after faking her death. Ziva is also known for her Will They or Won't They? Unresolved Sexual Tension with Anthony DiNozzo, played by Michael Weatherly. The UST was resolved her final appearance.

After leaving NCIS, she starred in a CBS miniseries called The Dovekeepers, based on the book by Alice Hoffman in 2015 and The 33, which is based on the mining disaster in 2010 which saw 33 Chilean miners trapped underground, being one of the wives of the miners. Recently, she was in a TV movie called Prototype.