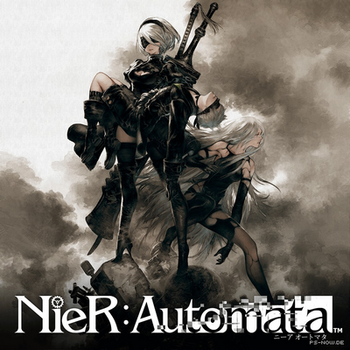 Series creator Taro Yoko, producer Yosuke Saito (Dragon Quest X, Drakengard) , and composer Keiichi Okabe (Drakengard, NieR) return in the same roles. Atsushi Inaba (Metal Gear Rising: Revengeance, Bayonetta 2) is acting as co-producer for Platinum Games, while regular Square Enix artist Akihiko Yoshida (Final Fantasy XIV) designed the main characters. Also, the lead game designer is Takahisa Taura. The goal was to make a new NieR game true to the spirit of the original with better gameplay. The games also have a series of side story plays known as YoRHa, serving as both predecessors (in its initial installments) and prequels (in later installments) to the main story.