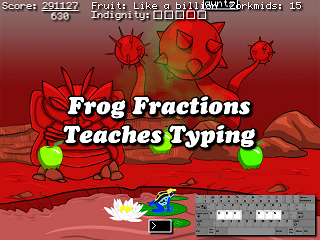 An Unexpected Gameplay Change is when the play style of a game is altered in the game itself. When applied to a level, it becomes a Gimmick Level. Now take that concept to a global scale.

In some cases, the control scheme changes accordingly to the levels or scenes played, in a way such that the game blends several genres or styles in one. It's not a party game, because the default scheme is that of a different genre. This can also extend to the scale of a game franchise, so the control scheme and entire play style are completely different for each concurrent installment; the first few games might be your classic platformer, but the games after that go from being a first person shooter, to an RTS, to an MMORPG.

That's Gameplay Roulette, in a nutshell; the trend of some games or franchises to switch up their gameplay in a frequent basis. Done well, it will provide a dose of variety and flexibility in order to avoid stagnation. Done badly, it might be perceived by fans as a desperate attempt from creators to try to either keep the present formula fresh or look for new genres that can fit into the series.

Subtropes are the Party Game and Minigame Game, which feature Gameplay Roulette almost by definition.