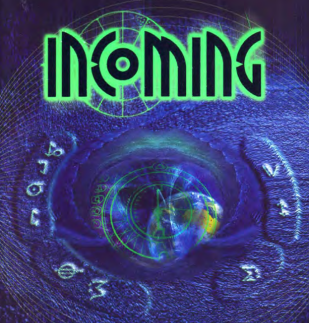 Your late-'90s PC gaming rig better be able to run this game.
It wasn't recreation. It was reconnaissance. They have visited our planet many times before and all we've been asking ourselves is: do they exist?
Fact is: They know we're here. Now they're returning... with the intention of staying. To make all this their own... our land, our lives, our air.
— The first lines of the game's manual.
Advertisement:

Incoming - being given a subtitle of The Final Conflict in some territories - is an arcade-influenced vehicular combat game in an Alien Invasion getup developed by Rage Software and released for the PC in 1998, with a Dreamcast port following the next year. The player is tasked with thwarting the alien invasion with a variety of vehicles that include turrets, tanks, choppers, jets and variations of each.

It was one of the earliest PC games to be programmed with early hardware 3D accelerators in mind, and was even bundled with some of the then-new graphics cards.

The game would later be followed with a stand-alone expansion pack titled Incoming Subversion in 1998 and a sequel titled Incoming Forces exclusively for the PC in 2002, which pits the player as a race of aliens (different from the invaders in the original game) defending themselves from a human invasion.

Has nothing to do with the Marvel one-shot comic.