Video Game / WURM: Journey to the Center of the Earth 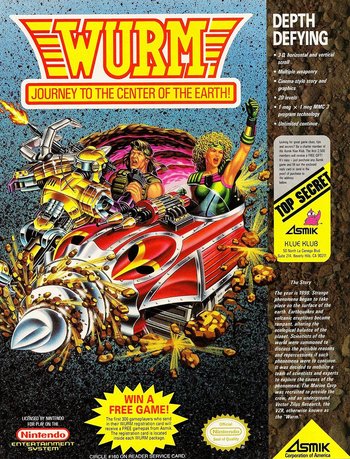 An oft-overlooked little gem from the height of the NES's popularity, WURM details the exploits of a team of explorers sent to investigate the source of mysterious tectonic activity (not to mention the fate of four previous expeditions that have gone missing). They travel in a tunneling vehicle called the VZR, nicknamed the "WURM" by the manual.

As the team ventures deeper underground they find their predecessors were ambushed by monstrous members of the Nonmalta empire which is fighting the beleaguered kingdom of Dinamur for control of the underworld.

Not to be confused with Journey to the Center of the Earth.