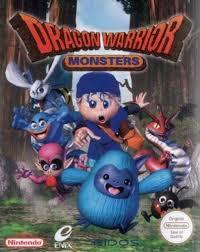 To date, the games in the series are:

There are also multiple spin-offs of the Monsters series on mobile phones, such as Dragon Quest Monsters: Wanted! for Android. Unfortunately, Caravan Heart, Joker 3 and all of the rereleases and mobile games (including Joker 2 Professional) are No Export for You. However, Caravan Heart was translated into English through two years of work by dedicated fans; available here

Note that the Dragon Quest: Monster Battle Road games, which include three arcade games and Dragon Quest: Monster Battle Road Victory for the Nintendo Wii, are a Collectible Card Game series that plays quite differently from the Monsters series. The cards had a barcode on the back, you scanned 3 cards in the arcade console to determine your party in the arcade, and you fought various monsters in an arena hosted by Morrie the arena master from Dragon Quest VIII. When you first started the game, it spat out 3 random cards, and you could get more random cards by putting in more money.

There was a seventh game

announced starring Erik and Mia from Dragon Quest XI as kids, but it ended stuck

in Development Hell for a while...until May 26, 2021, when it was announced as an entirely new game; Dragon Quest Treasures using all the scrapped ideas and concepts. Fortunately, they did also mention that they were still planning a proper sequel to the Monsters in the same announcement. Time will tell whether that comes into fruition.