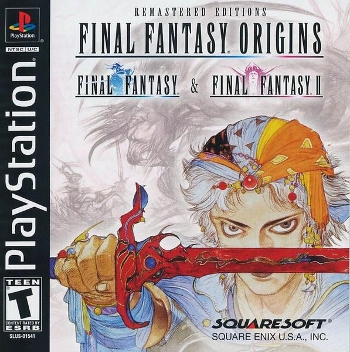 Publishers will often bundle several previously released games on one disc and sell it as a compilation, usually several years after their initial releases and on a new console. The games usually are part of the same series or genre, and tend to be a Milestone Celebration.

May count as a Revenue Enhancing Device if you're cynical, though they do allow late-coming fans a chance to experience older games in the series, and occasionally contain games that may have been subject to No Export for You when they were first released. Theoretically, this could lead to an average game series being Vindicated by Reruns, but most series that get this treatment are A-List series in the first place. Updated Re-release is similar, but it's usually just one game and more polish rather than a package.

Music compilation albums, when properly done, offer a good "starter" opportunity for a new fan to get an overview of a band or a solo performer's best music. A strong suspicion of Revenue Enhancing Device applies, however, especially when the band's fortunes are on the skids and they haven't had original success in quite a while, or else the act is a relatively new one with not nearly enough success behind them to justify a "Best Of..." compilation and their few hits are padded out with B Sides and other material. and if the artiste has changed record labels during their career, then frustration can ensue when an album titled "The Very Best Of..." or "The Definitive..." omits the good stuff they did which wasn't for the issuing label.

Compare Omnibus, a similar form of compilation for literature and comics.